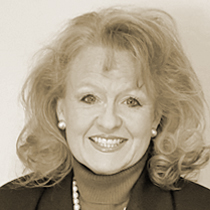 Yvette Hourigan was born and raised in Louisville, KY. She graduated from Murray State University and then the University of Kentucky College of Law in 1988. After a clerkship with the (former) Chief Justice of the Kentucky Supreme Court, she began her litigation career in product liability defense. She opened her own firm in 1998 where she practiced in all areas of civil litigation, including plaintiff’s personal injury work. She has been the director of KYLAP since 2011. KYLAP’s work on lawyer and law student depression and suicide prevention has been featured nationally in The Huffington Post, USA Today, and on television on CNN’s Legal View with Ashleigh Banfield. In 2014, Yvette was awarded the Dave Nee Foundation’s national Uncommon Counselor Award at Lincoln Center. The Uncommon Counselor Award is given annually to one member of the legal profession who exhibits extraordinary compassion and concern for co-workers, family, friends, and community. Yvette is married and lives with her family in Lexington, Kentucky.

Yvette Hourigan
FRIDAY APRIL 8, 2016
Panel discussion on the impact of suicide on professionals – This panel will focus on the emotional stressors that professionals face in their respective careers and how left untreated, these individuals are at risk of becoming depressed and, at times, suicidal, evidenced by the high rate of suicide among lawyers, doctors, dentists, pharmacists, etc. This is a problem with no discreet answers. The panel has the goal of reducing the stigma of secondary trauma while educating about best practices in responding to professionals who face emotional trauma in their respective careers. The panel will draw on the work presented throughout the conference as a starting point for exploration of the unique stressors these professionals face. Best practices for addressing these challenges will be shared.
View Schedule