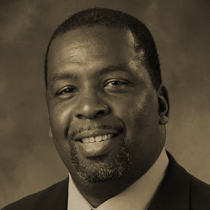 Kevin Fischer is the Executive Director of NAMI Michigan. NAMI, the National Alliance on Mental Illness, is the nation’s largest grassroots mental health organization dedicated to improving the lives of persons living with serious mental illness and their families. A retired businessman, Kevin joined NAMI as a volunteer in 2011 shortly after losing is oldest son Dominique to suicide in 2010. After serving on the NAMI Michigan Board of Directors as the NAMIWalks Chairperson for two years, and as Board Vice-President for two years, Kevin accepted the role of Executive Director in April of 2014.

Kevin is the founder of The Dominique Fischer Memorial Foundation, serves on the Board of Directors for The Guidance Center and several other organizations. Quoted as saying “this is his last job; his last fight,” Kevin is dedicated to eliminating the stigma of mental illness, which he considers the leading barrier to early diagnoses and treatment.

Kevin Fischer
SATURDAY APRIL 9, 2016
9:15 – 10:30am
This moderated panel discussion will highlight the personal stories of survivors of suicide loss whose experiences with grief and recovery will inspire and provide insight into the process of suicide loss, healing and HOPE.
View Schedule