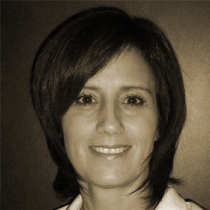 Barb Smith is the founder and facilitator of the Saginaw Survivors of Suicide. This non-profit support group has been ongoing for the past 25 years. Barb works with families and friends left behind after a death by suicide as a private consultant to grief and suicide.

2015- Authored a short story in i’Mpossible Project, a book with Josh Rivedal: “ Pain With a Purpose.”

2001- present Barb is certified as a train for Yellow Ribbon International, (a proactive suicide prevention and intervention program) recognized as a best practice program to help prevent youth suicides. She not only has spoken to thousands of youth throughout Michigan but together with her gatekeeper training she has spoken to over 65,000 people nationally on the warning signs and risk factors of suicide. Trainings include, schools, police academy, criminal justice programs, police agencies, faith communities, media mental health workers, PFLAG, first responders, medical personal, funeral directors and many other specialty groups.

2006-2009 Past member of the Survivor Council for the American Foundation for Suicide Prevention.

1989-2005 Past Vice-president/board member of Michigan Association of Suicidology. MAS is a State organization that works in the prevention, intervention and aftermath of suicide.

2006-present Barb is the Yellow Ribbon Coordinator in Bay County whereas she coordinates Yellow Ribbon week and monthly activities for up to 5,000 students with messages of hope and suicide prevention.

During the past 25 years, Barb has received training and certifications from numerous experts in the field of suicide prevention, intervention and the aftermath of suicide. Including Bill Steele, Iris Bolton, Michael Nerney, AFSP, AAS, SPRC, Livingworks, Yellow Ribbon International and many others.

Serving as the on-call person for survivors of suicide and for local agencies, Barb goes to the home of those in grief to walk them through the first days and weeks of their grief following any type of loss. Her expertise in home visits comes from being by trained by Iris Bolton, nationally recognized authority on the aftermath of suicides. She is used as a resource by agencies around the area and throughout Michigan.

2007- present Offers outreach in schools and workplaces following the death of a student, staff member or colleague as a crisis worker. As a liaison person she has coordinated with police, funeral homes, staff, victims and friends following a tragedy. Barb has presented opening statements and words of hope to both large and small groups.

2005-present Barb chairs the local annual National Survivors of Suicide Day event. This Nationally recognized Survivors of Suicide day allows people to unite with others suffering the loss of loved ones throughout an all day conference. This is one of the largest events running simultaneously with other memorials across the country.

2003 -present Barb Co -Chaired and chaired numerous National and local Suicide Awareness Walks whereas the events raised over $200,000.00 cumulative with 300-900 persons participating annually. Profits raised are used to bring suicide awareness to communities both at local and National levels.

Authored a training program for facilitating a survivors of suicide support group; training new facilitator in initiating and maintaining a group for those loved ones left behind after a death to suicide.

2013 Hero award for America & Me for the state of MI submitted by a youth who was impacted by Barbs working with her family in the aftermath of a family suicide.

Barb has appeared in numerous interviews for television and newspaper articles including the Detroit Free Press, WNEM, ABC, MCTV, Better Homes, Midland Community Television, TCT, and is quoted in published books with a short story to be released for a book to be published in October, 2014

2014 Barb is the recipient of the HealthPlus community vision award for the state of Michigan. This award was given to someone who is recognized as an unsung hero who works tirelessly and voluntarily to improve their community’s health and wellbeing.

Barb has been recognized as the “Saginawian” of the year; in 2003 she received the “Volunteer of the Year Award” from United Way; “Woman of the Year” from Zonta Club; and given awards for the work she has done in suicide prevention and intervention by the Michigan Association of Suicidology. She has accepted a “Personal Appreciation Award” from the Saginaw County Sheriff Department, as well as the “Distinguished Victims Services Award” by the State of Michigan for her work in the Advocacy program. Barb received the Humanitarian Award from JJLMF in 2006. In 2008 she was the recipient of the “Hero Award” from the Saginaw County Community Mental Health Authority